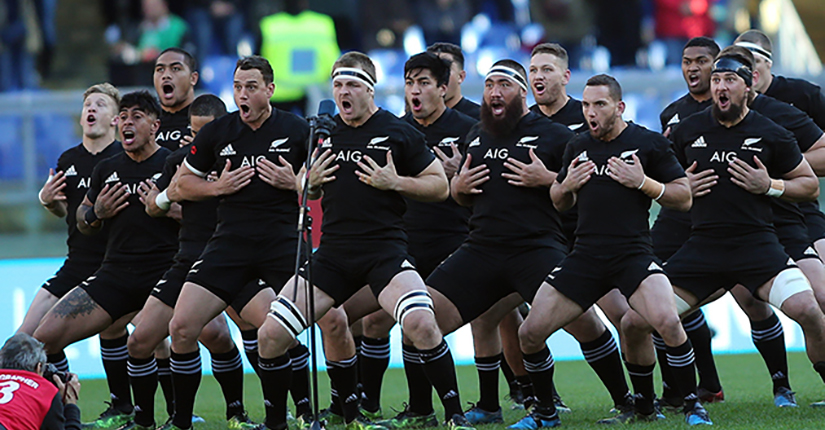 I wrote this article for our Water Matters newsletter back in November 2015 after the Rugby World Cup. It’s been helpful for me to read back over and I think it could be for you too. I hope it’s as much of a useful reminder to you as it was to me. Here it is…

Author James Kerr wrote a book called ‘LEGACY – 15 Lessons in Leadership – What the All Blacks Can Teach Us About the Business of Life’ which I’m yet to finish but I’ve already learnt multiple things that I’m using as lessons in business as well as life in general.

I’m sure it didn’t escape your notice that the All Blacks were victorious against Australia in the World Cup a few weeks ago. Was it ever in doubt? Probably not. They’re just in a league of their own. But what is it about them that puts them above the others? And what can we learn from them that can elevate our business to similar heights and success?

The All Blacks have had a 75% winning record over the past 100 years, and since 2004 they’ve increased this to an 86% winning record. So be honest with yourself, you wouldn’t mind that kind of success rate in your business or with your sales, would you?! So what can we learn…

Let’s start with 5 lessons to learn from the All Blacks:

Sweep the sheds: Even the superstars stay behind after the game and after each training session to sweep the sheds. Yes, even Dan Carter and Richie McCaw get the brooms out and sweep the changing rooms before they leave. It’s a lesson in humility. Not one of them is too good or above anyone else. No one has to come in and clean up after them, they do it themselves. How true is this in your business? I can tell you it doesn’t happen very often in ours. We have one member of our team with the kind of humility that I aspire to, and I’m pleased to share publicly that it’s David. David Stagg stays pretty much every evening to clean up after everyone. He does the washing up, he hoovers the carpet and empties the bins. Does he get paid extra for it? No. Does he get rewarded for it? No. He just does it because he shares the same spirit as the All Blacks team. He has this at his core and takes pride in looking after people. Wouldn’t life be better in your business if everyone did this. If everyone felt equal to each other and worked together to clean up after themselves. Think of the money you’d save on cleaners for one thing!

The All Blacks believe that it’s impossible to achieve stratospheric success without having your feet planted firmly on the ground.

Follow the spearhead: In Maori, whanau means ‘extended family’ and it’s symbolised by the spearhead. Although a spearhead has three tips it has to be moving in one direction to be most effective. In other words there has to be a collective purpose to the whole team. ‘Replace me for we’ is one of their sayings. The All Blacks select their team based on character as well as talent, which means some of their most promising players never actually get selected to play for the team. Imagine a great sales person within your business; they have the talent but their character doesn’t fit the team and their inclusion could be detrimental to your whanau. Could this happen in your business? It might already be the case. It’s fine of course, as long as you realise that if this is the case then your team will never be as good as the All Blacks. You might make it to the same level as Australia or South Africa, but there will always be someone better than you if there is not a collective purpose within the whole team. As all of the southern hemisphere teams proved in this world cup, however good our six nations competition is it’s still not the best rugby played in the world. It’s these small differences that add up to make the big difference in the results between the teams.

Keep a blue head: The All Blacks have focused on the Mind Game. They employed a forensic psychiatrist following the 2003 world cup to understand how the brain works under pressure. They labelled ‘Red head’ as the state in which you’re panicked and ineffective and the ‘Blue head’ is when you’re at your optimal state in which you can perform to the best of your ability. Then they introduced triggers to switch from a Red head to a Blue head during a game. Whether it’s McCaw stamping his feet to ground himself or Kieran Read staring at the farthest point of the field to see the bigger picture, these triggers put them back into their optimal state. You could actually see this in action part way through some of the games in the world cup, they get stressed and panicked just like the rest of us but when they do they then use these triggers to switch back to their most productive self. How helpful could this be in your business? How many times do you start out your day really well and everything’s going great and then you get let down on a delivery. Or something breaks. And then someone makes a mistake. All of a sudden things stack up on each other and you have this compounding of things going wrong! How easy is it to let that ruin your day? But what about being aware of how it makes you feel and then having a trigger that you can pull to switch you back to your optimal state. That state where you can breakthrough anything, no matter what problems you’re facing you can overcome them. If that’s how the All Blacks do it then that’s how we’re going to do it!

Unfortunately this whole edition cannot be about the All Blacks, otherwise I’d go on to share other lessons we can all learn from what has to be one of the greatest teams on the planet. As I said last month, just like rugby, business is also a team sport and teams are made up of people who can be very different to each other. There therefore has to be a collective purpose and a commitment from all people to act in accordance with the teams standards. Right down to the little things such as the fact that every player in the All Blacks sets their watch fast so they are ALWAYS at least 10 minutes early to everything. They are committed to the legacy that they’re leaving and it’s each players responsibility to leave the jersey in a better place for the next person. An All Black by definition, is a role model to schoolchildren across New Zealand. Understanding this responsibility gives each player a higher purpose.