GRAF UK > Blog > What are the typical problems with a wastewater treatment system?

What are the typical problems with a wastewater treatment system? 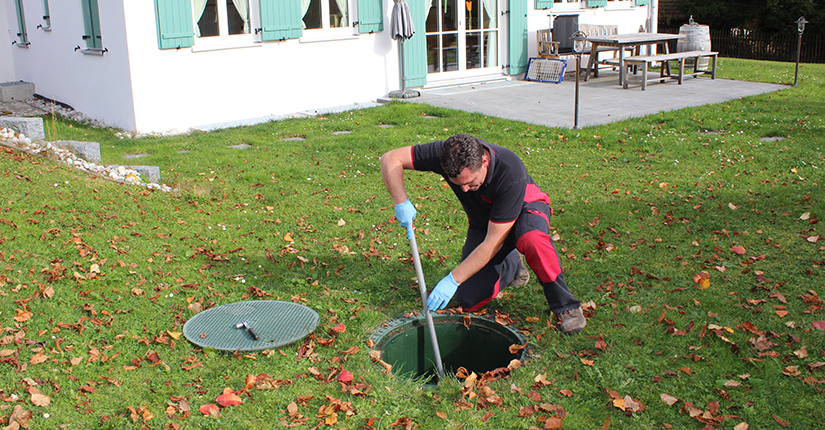 Just like anything in life, there can be typical problems with a wastewater treatment system you choose to have connected to your property. For the exact same reason that we’ve all seen brand new cars (very expensive cars at that!), broken down on the side of the motorway whilst we cruise on past in our not as new, not as expensive, reliable motor – problems happen. Even when you’ve decided to pay that little bit more, which one assumes should reduce the likelihood of you coming up against problems, they can and do still happen, so it’s helpful to know up ahead of time what they might be.

Well, in terms of potential problems with your wastewater treatment system, the first and most common issue we hear about is a bad smell.

Why does my treatment plant smell?

Is it right that I can smell my treatment plant when I walk outside my house?

There’s a bad smell coming from the tank – is that normal?

All good questions. All with a similar answer; no, you should not be able to smell your treatment plant.

In fact, a bad smell if often a good indicator that something is wrong. It’s one of the first ways that people are alerted to a problem. In that respect it’s actually quite helpful! Although you may not think it at the time – especially if you’ve got a house full of friends or family and all they’re talking about is the bad smell around your house.

So, if it smells then something’s probably not right. You should call an engineer.

It could be full to overflowing. We’re all busy, sometimes we forget stuff, we get it! But, you don’t want to forget to get your sewage treatment tank emptied when it’s time. This can lead to many problems when it happens. So, don’t let it happen. Keep an eye on it. Make sure you use a professional, qualified company to maintain it, and make sure they tell you when it should be emptied.

Has something stopped working? Perhaps a compressor error. Perhaps the air-diffusers that blow oxygen into the water in the tank have got blocked or damaged in some way? Was there a power cut at any point that has caused an issue to the workings of the system? There could be multiple reasons, but the only way to know for sure is to get the system checked by someone who knows how it’s supposed to work. Call someone.

Perhaps your waste content is not suitable for the system to work at its optimal rate? For want of a better way of saying this (or not really wanting to write it down at all, but it has to be understood); are you filling your tank with too many number 1’s and not enough number 2’s?! That sort of thing matters – it can affect how the treatment process works.

Just like if your system takes in more grey water from your sinks, washing machines and showers, than it does black water from your toilets. It’s called a sewage treatment plant for a reason – it needs sewage! It’s important that you know what effects the system. Too much soap, not enough sh!t, might mean the treatment quality drops. This information should have been checked and clarified at the time of designing the system most suitable to be used on your property, but sometimes things can change – it may need to be reviewed.

Another potential problem is a blocked overflow pipe. Again, something else is normally wrong that should have happened prior to water draining through the overflow from the tank if this is the presenting issue, but it can happen and it can get blocked. If solids that should have only remained in the primary chamber of the tank and should never find their way to the overflow pipe have somehow done so, then there is a problem. Perhaps the tank was not emptied when required? Perhaps there are some issues with the levels of the drainage pipework connecting to the tank? Perhaps the outlet pipe from the tank has been blocked by something else? Perhaps the ground around it has caved in under pressure from the surface above? You won’t know until someone who knows what they’re doing, gets underground to take a look. Call someone.

When the tank is installed in the first place, it’s important that only the correct pipes get connected up to it, to prevent it taking in rainwater or surface water from drains around the property. This can happen, and if it does then it waters down the sewage and stops the bacteria from being able to do their job. It’s a mistake that should be picked up pretty early, if it happens at all, but everyone makes mistakes – even builders and groundworkers – so it can happen and needs to be sorted if it occurs.

These are the most common potential problems. This isn’t an exhaustive list – we’re sure that more things could go wrong – but if you always knew absolutely everything bad that could potentially happen to you before you left your house in the morning, well, you’d never leave the house! These provide you with a few of the more obvious things that could happen, which might be helpful for you to be aware of, just in case.

As with a lot of problem solving, a good start is to know who you’re going to call – get this sorted early doors and you’ll be in a better spot to solve whatever unlucky things you come up against.