People want to help you 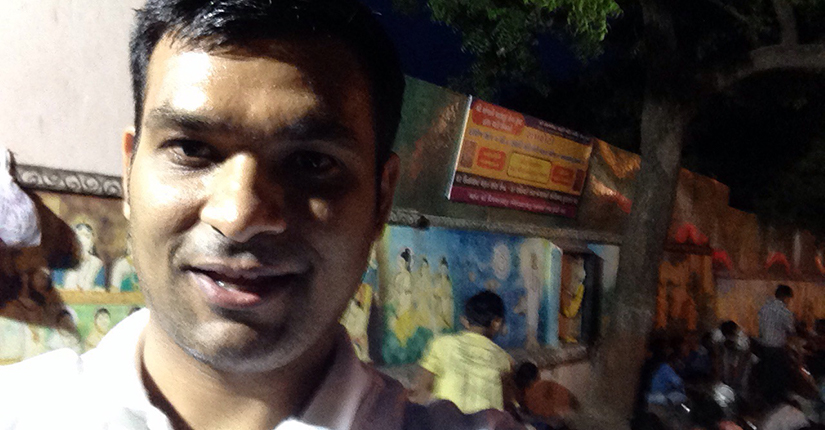 Back in April 2016, the lead article in our monthly Water Matters newsletter was about my friend Mitesh who I had met the previous year at a Tony Robbins Business Mastery course in London.

As you will see below, the article explains what an impact meeting Mitesh had on me back in 2015. He inspired me to do something good for other people on my birthday.

This past weekend he’s just helped me once again too, which has me reminiscing about my friendship with him. I realised on Friday afternoon last week that I hadn’t set up a campaign on our Salesforce CRM system for the Build it Live! exhibition we were doing this past weekend in Maidstone, Kent. So, I had to reach out to Mitesh so see if his team could help me (he has a team of Salesforce consultants work for him in India where he’s from).

I text him around mid-afternoon on Friday, with a cry for help! Not realising it was already nearly 9pm in India so there was very little chance he was going to be able to help me before 10am UK time on Saturday morning. However, Mitesh being Mitesh, once I’d explained what I needed he said he’d ask his team if they could get it done early Saturday morning.

And sure enough, by 05:30am UK time on Saturday morning I had received an email from Alok – our main Salesforce guy who works for him – confirming it’s all done. Way ahead of my 10am deadline, having worked overnight to help me.

He’s such a good guy, I wanted to share the following article again as a reminder of the positive impact some people can have on your life, and perhaps you can have on other people’s lives.

I celebrate my birthday on April fools’ day, a great day! This year it was a Friday so I wrote my daily morning email to my team about my birthday, asking them if they’d give me a gift this year. I shared with them the story of a new friend I made last year. His name is Mitesh Halani and he was over from India to attend the Tony Robbins Business Mastery course that I went on in June last year. Mitesh explained to me how he celebrates his birthday every year in India. He hosts a meal for loads of homeless people and feeds them all for his birthday party! I shared some photos that he sent me from his ‘birthday party’ from last year, which you can see below. You can see Mitesh in them. He fed over 100 people! All paid for and organised by himself, on his birthday! He’s a lovely man.

I then went on to explain in the email that I’ve been inspired by Mitesh and I’d like to do something for other people today, on my birthday. So I’d been thinking about what charities are important to me and I decided to send a donation to Katharine House Hospice, as they looked after my Dad 9 years ago last month. I shared with my team that I’m donating some money to Katharine House Hospice and that it was my birthday wish for them to join me and add to this donation with anything they can if they want to give me a gift this year. I also said; “Alternatively, I know there are so many people to help who always need funds, so if you’ve another charity close to your heart then perhaps you’d consider giving them something today and let me know about it. Let’s help some people today! I’m doing it to celebrate my birthday and I’d love you to join me!”

I spent my birthday in Spain so I wasn’t around the office to see how this email had gone down amongst the team! It was a bit of an unusual request so I wasn’t too sure how it would be taken! But as I checked my emails throughout the day (which I was allowed to do that day even though I was on holiday because it was my birthday!), I was so impressed with my team as I received email after email with people saying they’d either donated to Katharine House or to another charity of their choice. It was great! I’m surrounded by such generous people!

I also received a message from Mitesh himself quite out of the blue on my birthday. I haven’t been in touch with him for over 6 months but somehow he remembered my birthday. So I told him about what I’d done and what he’d inspired me to do for my birthday this year. He was very appreciative and pretty surprised at the impact he’d had on me I think! Isn’t it funny that you often don’t realise the impact you’re having on people’s lives when you’re simply sharing stories about what you do and what you consider to be perfectly normal. I’m very glad I felt inspired to do what I did on my birthday this year. It felt pretty good when I logged on to the Just Giving page of Katharine House Hospice to see that the whole top half of the home page was taken up by Graf UK staff!!

Mitesh also sent me a short video from his birthday party last year along with these photos. He told me that the most fascinating thing about the meal is that even though these homeless people are mostly very hungry, they all wait until absolutely everyone has been served before any of them start to eat. Now that’s standards. That’s good people.

So April kicked off with a very good birthday for me! And a great reminder of how lucky I am to be  working with such a great team of people. Here’s hoping that the month continues the same way it started and gets remembered as one of our best yet in 2016. I very much hope the same for you.

Have a great month and thanks for reading!

Having read that back myself I’m also incredibly proud that my team at GRAF UK are still raising money for the Katharine House Hospice, 4 years on from when I wrote this back in 2016. More this year than ever before!

Let this be a reminder to you that there are plenty of people out there who are willing and keen to help you. It’s your job to go and find them. Mitesh and Alok, working overnight to help me make a last minute deadline and my team who are still going the extra mile – quite literally for Jack & James right now on the Great Graf Expedition! – to help raise valuable funds for our local hospice.

People want to help each other – let’s never forget that.