MW Waste notes a 10x turnover rise, thanks in part to Graf UK 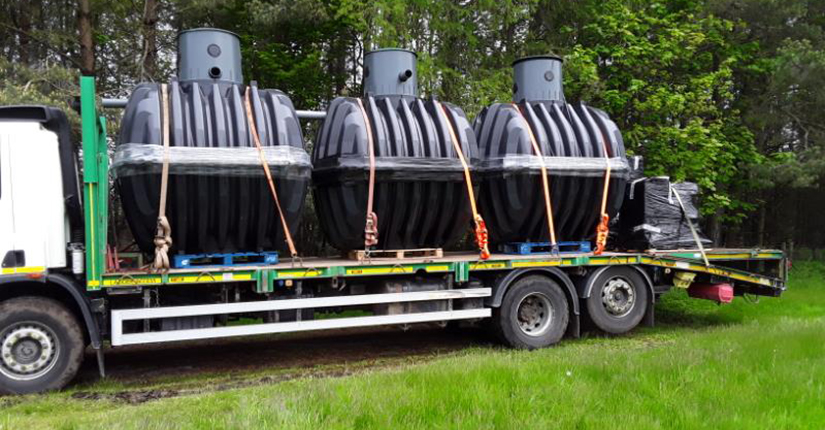 Drainage contractor counts the MoD among its clients.

Having leading water management specialists Graf UK as its preferred supplier has helped one drainage contractor increase its turnover 10-fold in almost as many years.

General manager of MW Waste Drainage Support Services Keith Chadwick credits Graf UK with almost a quarter of the company’s current turnover of £2 million, compared to £200,000 in 2007 when he began to rebuild the business for the founder Mark Wareham.

Back then, MW Waste specialised in emptying septic tanks and high-pressure jetting. But within three months of his appointment, Keith had won a contract with Yorkshire Water to move sludge. Then came contracts with Severn Trent Water and working on Aquatrene for the Ministry of Defence (MoD), looking after the water jetting and drainage for a few hundred military sites.

Back then, Keith admits he knew nothing about water management. His background was as commercial director in the Far East for a replica weaponry company that supplied such blockbuster films as Lord of the Rings and the Blade trilogy.

“I had to learn very quickly,” he said.

At a time when the business was focussed on emptying septic tanks and high-pressure jetting, Keith learned all about wastewater management by reading online, and that’s how he found out about Graf, firstly through the group in Germany, from where he bought full loads of parts to build wastewater tanks himself.

“I found the Graf systems were the most reliable and simplest to install,” he said.

He has since specified Graf UK systems for the MoD’s portaloo programme which upgraded the output of super loos from soakaways to holding tanks on dozens of sites throughout that bastion county of Army activity, North Yorkshire.

He also surveys numerous non-compliant septic tanks on farms on remote land owned by the MoD and for these has specified a Graf UK biomatic/non-powered sewage treatment system that had already been introduced in Germany and France.

In the past four months (to April 2021), he has installed three biomatic units that he modified with Graf’s help, and two more are in the pipeline.

He is also working with Swinton Estates in Harrogate to maintain and upgrade the septic tanks to Graf UK’s One2Clean systems to meet the new General Binding Rules.

In the seven years he has worked with Graf UK he has installed dozens of wastewater systems, not including the 15 to date this year. He also holds Graf stock on a three-acre depot site near Richmond that is home base to 20 field staff, who are deliberately trained to be multi-skilled.

Five of these staff are dedicated to installations, work which the business moved back into from tankering six years ago. The 2020 changes to the General Binding Rules have also helped to increase the wastewater treatment system side of the business.

The Covid lockdowns of the past year appear to have done little to slow down the business, deemed an essential worker for the MoD, with appointments arranged with all protocols in place, including work bubbles and outside meetings.

“We have been extremely busy,” said Keith.

He has also found an alternative use for Graf UK’s rainwater harvesting tanks, as MoD portaloos.

They are really strong and easy to put in. They are also cheaper to install as they don’t require any concrete. Graf UK systems are superior due to their strength and technology which is very simple. I have been putting Graf UK systems in since 2010 and I have never had to go back to one because it’s failed or broken down. They are very robust and hard wearing, with minimal moving parts to cause problems.

Keith does not feel the need to advertise the business as he gets enough via word of mouth and from local water companies, one of which, Yorkshire Water, has Graf UK almost as a preferred supplier.

“It has been hard work to get where we are,” he said.