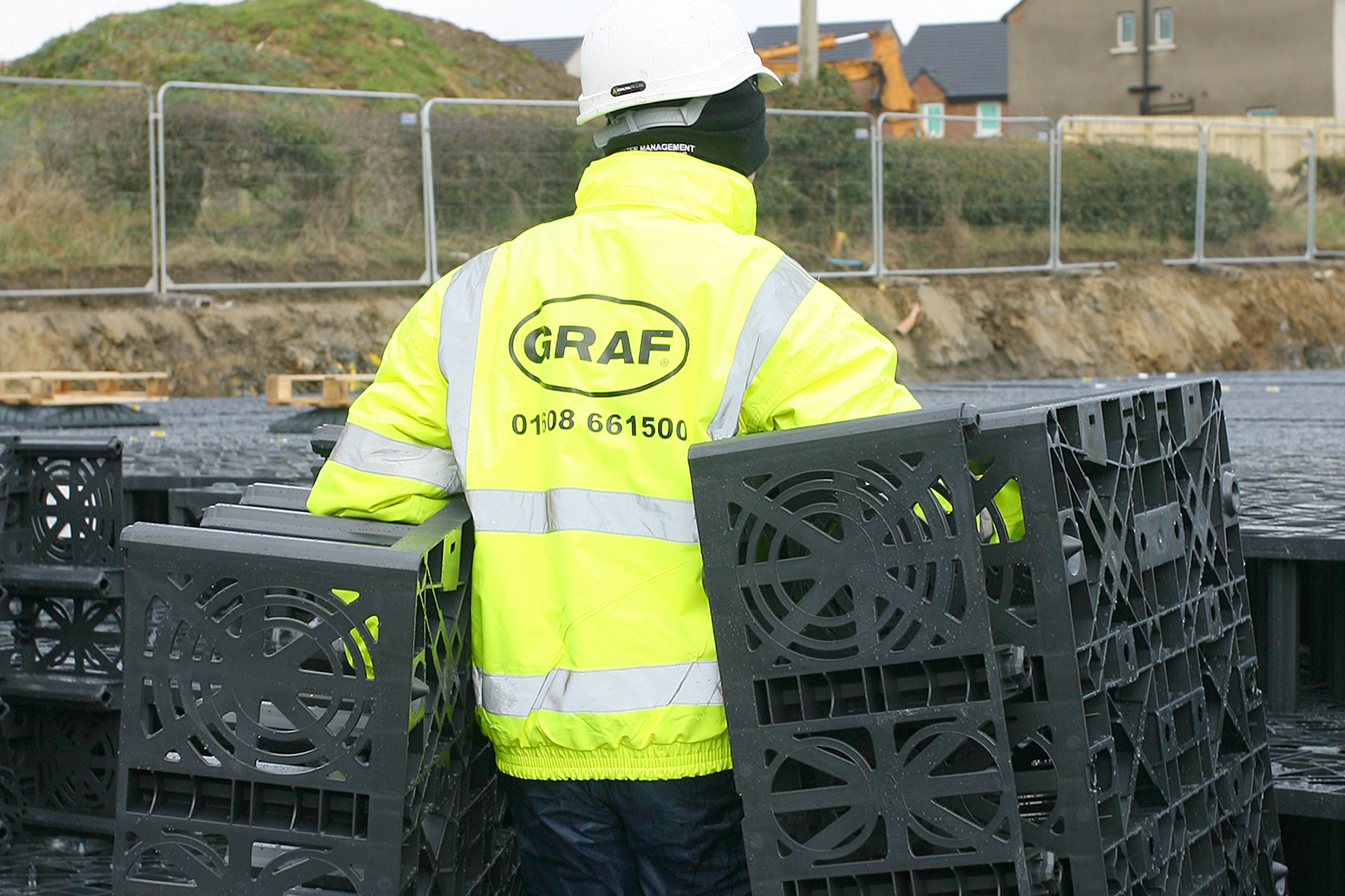 Contractors working on a new, 13-mile bypass in Morpeth, Northumberland, needed a way to eliminate flood risk and provide an effective, controlled rainwater drainage solution. They were keen to find a robust stormwater attenuation tank with high volume capacity, while minimising costly excavation work. The original proposition involved large, four-metre diameter GRP tanks to be placed up to nine metres underground, with four tanks on either side of the road. This would have called for extensive excavation, and the stormwater from the road would have needed to drop a significant distance into the collection manhole at full speed – creating a strain on the system. After analysing these plans and realising they weren’t suitable, the contractors went to Graf UK for an alternative solution.

The project’s contractors specified a 620m3 EcoBloc Flex stormwater attenuation system, which Graf UK supplied & installed. The EcoBloc Flex stormwater attenuation system allowed the project to have one tank instead of eight. This could be placed much higher up in the ground, raising it by nearly six metres – and making for significant excavation savings. Its elevated position also means that when rainwater enters the collection manhole at full force, it has a much shorter drop into the system.

Pipework in the bypass’ gullies now collects the rainwater from the road and feels it into a single EcoBloc Flexstormwater attenuation tank. This then uses a vortex flow controller to discharge the water into the culvert at a controlled, slow speed – meeting Northumberland county Council’s requirement of 10L/s. For the two-tear construction period of the bypass, the contractors also specified two Graf UK Klaro E wastewater treatment systems for its site offices/ Despite mains drainage being available, they opted for a more environmentally solution – one that didn’t put any extra stress on the sewage system or local treatment plants.