GRAF UK > Blog > How to Calculate the Size of a Rainwater Harvesting Tank?

How to Calculate the Size of a Rainwater Harvesting Tank? 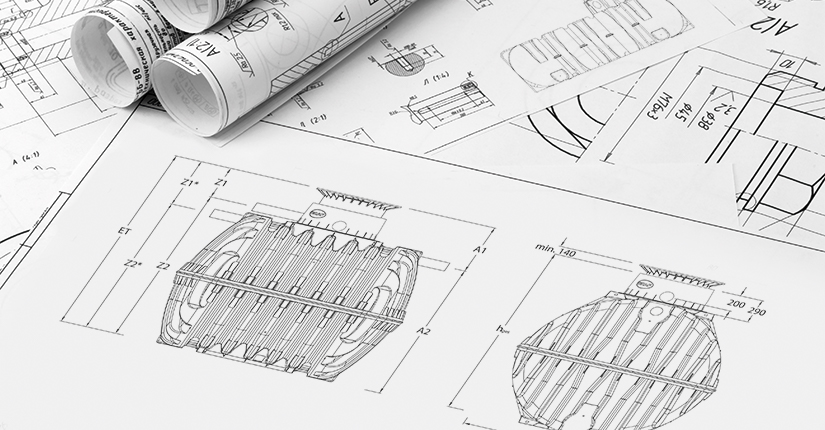 The right tank size is important for two reasons. Firstly, you don’t want the tank to be too big and collect more water than you will actually use because there is a risk that the water will sit in the tank for long periods of time, and this is not advisable. Secondly, you don’t want to install a tank which is too small if you’ve got the ability to use the maximum amount of rainwater that you can collect.

We use the advice given in the British Standard Code of Practise document when we provide tank size calculations. This provides three approaches to how a rainwater harvesting tank size can be calculated in order for it to suit the property on which it is being installed. We use the intermediate approach, which is the middle of the three, which is neither really simple nor overly complicated. There are only three pieces of information which are required to calculate the tank size using this method.

Later in the article is an example of the calculation for a 3-bed property, built in Oxfordshire.

Also, here’s a note from BS8515 to describe this approach to the tank size calculation.

Tank size calculation (using the intermediate approach as detailed within BS8515: 2009) for a 3 bed, 5-person property, built in Oxfordshire (using 650mm as the annual average rainfall), with a roof collection area of 125m2. Here’s the calculation…

So, the tank in this example would be based on the lesser of the two figures circled in red. Therefore, a tank size closest to 3087.5 litres will be most suitable for this property.

We use the rainfall figures that are shown in the British Standard document, which vary from 650mm up to 1250mm for regions throughout the UK. In addition to this calculation there are some other variants which we take into account.

As shown in the above standard calculation the yield coefficient for the roof material is 0.8%, meaning 80% of the rainwater landing on the roof is collected in the tank and included in the calculation. If this is a flat roof instead of a pitched, tiled roof, this yield coefficient would be reduced to 0.5%. This is also the case for green roofs, where approximately 50% of the rainwater is absorbed into the green bed of the vegetation on the roof, meaning less is available to be collected in the tank. This level of detail won’t make too much difference on the average property size but if large roof areas are being collected from it is worth considering the roof material.

The roof size is one of the most important figures to get right in this calculation. Sometimes the whole roof is used as a collection area, and sometimes only the front or back of the house can be used as the collection area. This is especially true on existing properties where the drainage at the front of the house doesn’t connect up to the drainage from the downpipes at the rear of the house. In addition to this it’s worth considering if other nearby roof areas can be used as additional collection area if you have a high demand for non-potable water. If you use a lot of water externally or you have several WCs in the house with a high number of people living in the home, then it is advantageous to collect as much rainwater as possible. The more accurate the square metre collection area is calculated the better, in order to get this tank size calculation right for the property.

It is also worth mentioning that the tank should be sized on the property measurements rather than the current owners. For example, if a couple are building a new home which they are going to live in, just the two of them, then their non-potable water demand will be reasonably low. However, if they’re building themselves a four- or five-bedroom home then the system installed should be sized on the maximum occupancy level in case the house is sold in the future and may then be occupied by more people. This way the system is useful to the future owners of the property, rather than just suiting the current owners who don’t have such a high need for as much water.

When carrying out tank size calculations for developments with multiple dwellings it is possible to combine roof areas and install a shared tank to reduce the costs of installing a rainwater harvesting system. In this case, the roof areas will still be used as the collection area, but they will be combined with adjoining houses, depending on the drainage layout, to maximise the amount of rainwater collected for a row of properties. The tank will then be installed in the most suitable area, which would be a communal area if at all possible, to remove any issues around access to the tank, and the demand is also considered for the total number of homes being supplied from this tank. When using shared tanks for several houses it is important to consider which pump packages will be most suitable, in order that you can provide harvested rainwater and also have a mains water top-up facility that is isolated to each property. It wouldn’t be ideal for example if you topped up the shared underground tank with mains water because then you’d have to somehow split the cost of the mains water amongst the properties being supplied. It’s much easier in this situation to use header tank systems in each property so every house can have its own mains water backup supply. We’ll talk more about this in chapter three.