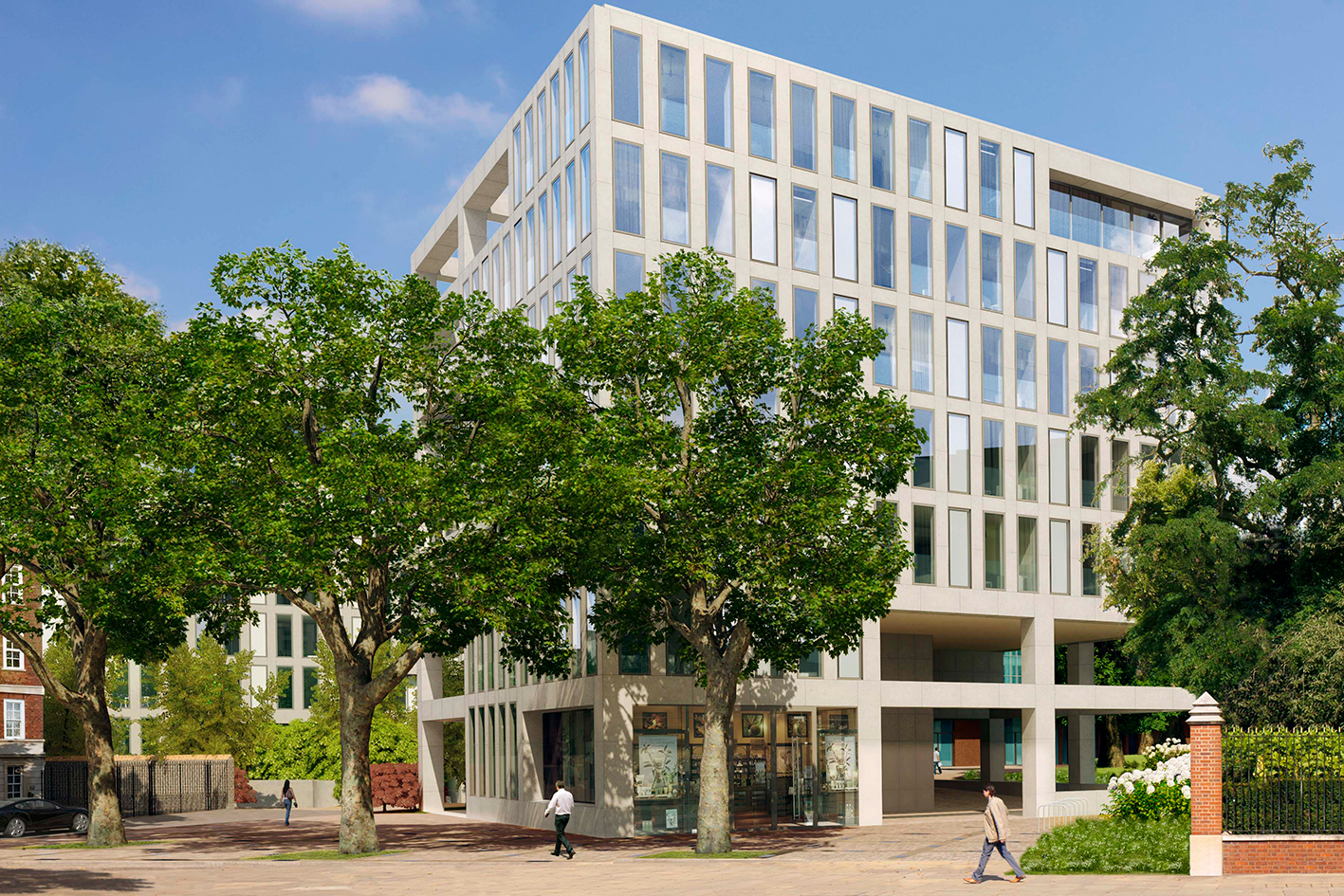 Hollandgreen is a luxury apartments complex in London’s Kensington. The development includes three residential blocks, comprising 54 apartments, and shares land with the new Design Museum site – a Graf II-listed building boasting the largest parabolic copper roof in the world. Given the museum roof’s undulating design, rainwater collects at two focused locations. To meet criteria set by the Royal Borough of Kensington and Chelsea, the flow rate of surface water being discharged from the new development and the Design Museum roof to the public sewer network had to stay within strict lower limits. As part of its overall engineering remit, consultancy Arup was tasked with finding a safe, sustainable stormwater managements solutions for Hollandgreen.

As the museum’s roof has a siphonic drainage system to discharge rainwater instantaneously and avoid build-up, flow rates into the siphonic outlets can be as high as 180L/s. Arup needed to find a solution that would limit the discharge to the public sewer to 30% of the instantaneous run-off rate, manage excess stormwater safely and effectively, and fit with design and layout of the luxury development. Together with the team at Graf UK, Arup was able to design a completely tailor-made system to do just that. Made up of two individual EcoBloc Flex stormwater attenuation tanks, it meets the project’s exact size and shape requirements. As the ground is clay-heavy, they specified stormwater attenuation tanks – allowing for ultimate control of water release back into the sewage system.

The EcoBloc Flex stormwater attenuation tanks are now providing a highly effective drainage system that reduces the loading on the public sewers, and complies fully with official run-off requirements set by the local authority and Thames water. Original plans suggested the site would need a system with a capacity of up to 315m3 – but thanks to the detailed analysis carried out by Graf UK and Arup, combined with the use of compact, space-maximising EcoBloc Flex stormwater attenuation tanks, the team was able to fulfil requirements with a reduced storage capacity of just 212m3. This resulted in significant financial savings and overall instantaneous discharge reduced to 70l/second.

“The flexible, modular design of the EcoBloc Flex stormwater attenuation crates meant we were able to make the tank fit seamlessly with the existing drainage network by positioning it exactly where we needed it: lower than the water flow, but higher than the outlets into the sewers. The Graf UK team was similarly flexible – working closely with our design team to make sure the system ticked all the boxes, while keeping within the project’s tight timeframes.” – Mike Carter, project director for Arup